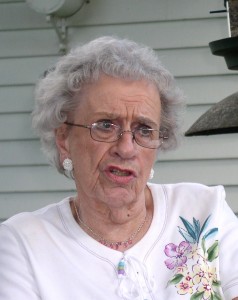 Jane and Robert are the parents of Lawrence, Ann and William. She and Robert lived in Athens, PA. all of their married lives.

The picture to the left is of Jane at her 90th birthday celebration held at her home at 202 W. Cooper Street, Athens. Her 3 children and many of her grandchildren were in attendance. Other pictures of the celebration are found in the Gallery Section.

The following picture is of Jane and Robert, taken approximately in 1988, in front of their then home at 202 W. Cooper Street, Athens. Jane died on March 24, 2014 at the Towanda Memorial Hospital in Towanda, PA. Her obituary is in the Reference Section (at end). 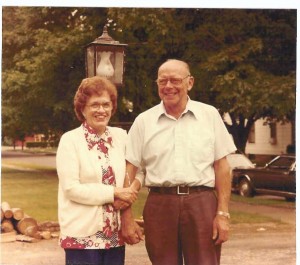