Anita deJung Fraley is married to Michael J. Fraley, son of Larry and Delina Fraley, Larry being the son of Robert C. Fraley. Anita met Michael while both were employed on the cruise ship the S.S. Norway (pic below), and they married after ending their employment and moving to South Florida. Anita and Michael are the parents of Erin Caitlin Fraley and they presently reside in Boca Raton, FL.

Anita was born in the Netherlands and is a U.S. citizen.  Her mother lives in France and her father is deceased. 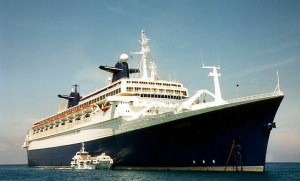